The quickest way to navigate in Layout

qckPck has been built for speed.

qckPck is a navigation system for Lightwave 3D Layout. Its aim is to speed up navigation and common tasks drastically by providing access to often used functionality quickly.

qckPck includes a panel optimized for shortcuts coupled with menus optimized for specific tasks, such as opening the surface editor for selected surfaces, picking items or adding and removing plugins.

You will be surprised by how much quicker you will perform your day-to-day tasks in Layout.

"Extremely useful. I'm accessing essential parts within LightWave much faster with it. I had to unlearn the old way to the quicker way." 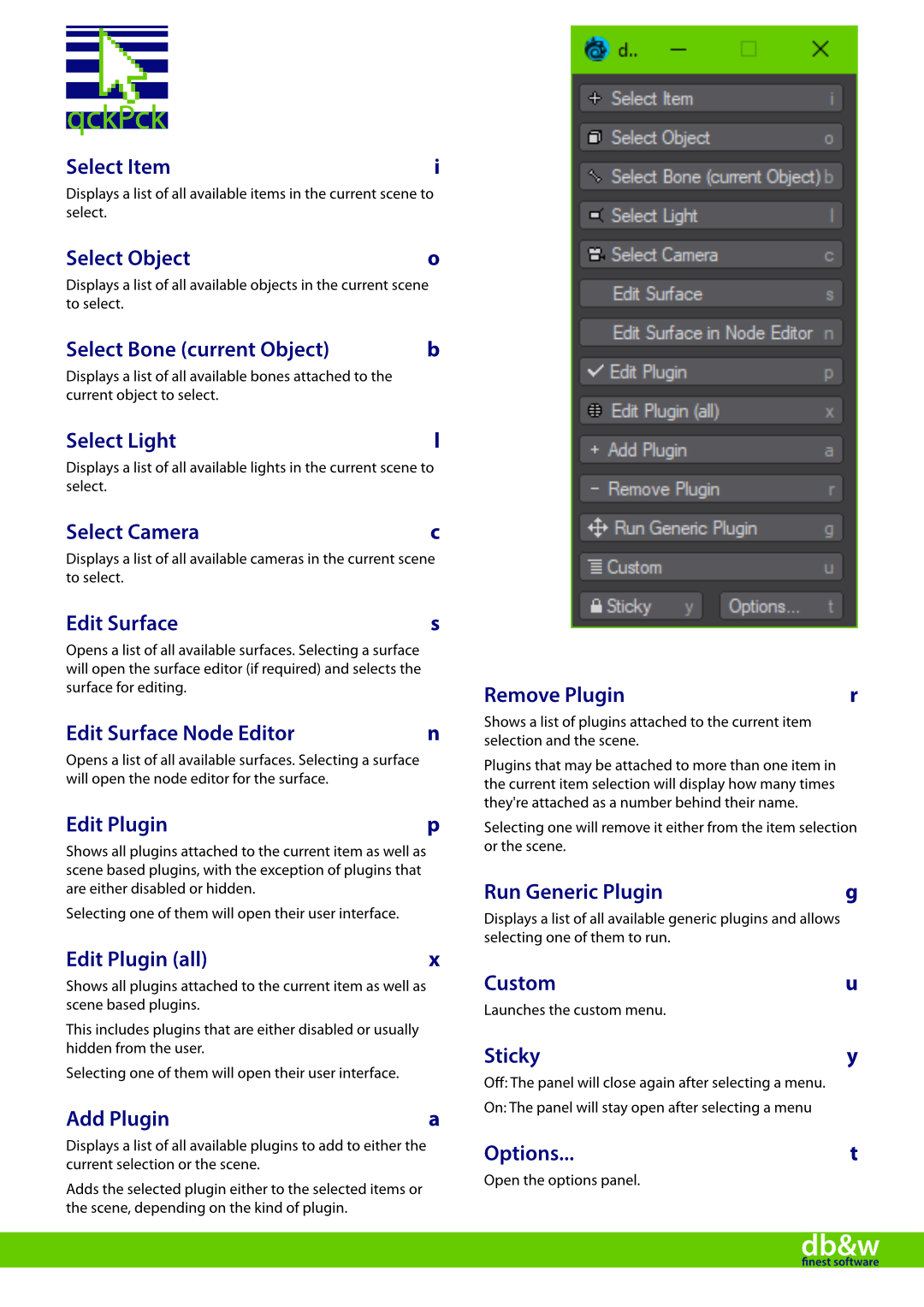 qckPck allows you to reach multiple menus by just pressing two keys, one to launch qckPck, the second key to launch the individual menus.

You can quickly select:

and perform actions on the current selection or the scene itself.

And even design your own, custom menu.

"qckPck is just amazing - except for the name."

LightWave 3D 2019 adds additional functionality to pop-ups which is also leveraged by qckPck:

"To anyone working with Lightwave 2019 that is not using qckPck, you are using LW wrong." 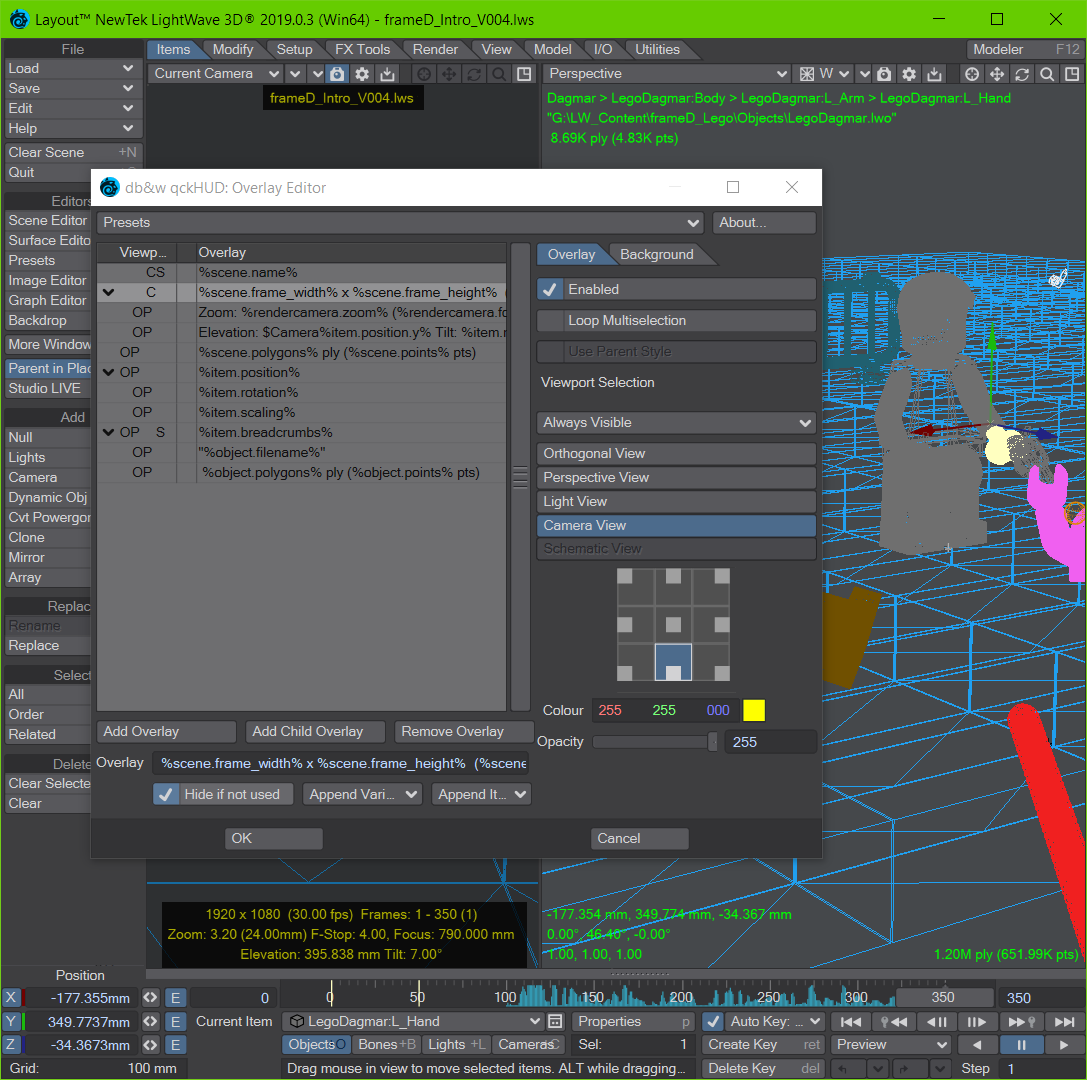 qckHuD is an addition to qckPck that will displays a variety of information about the current scene as well as items as an overlay.

The type, location and colour of the information can be configured. 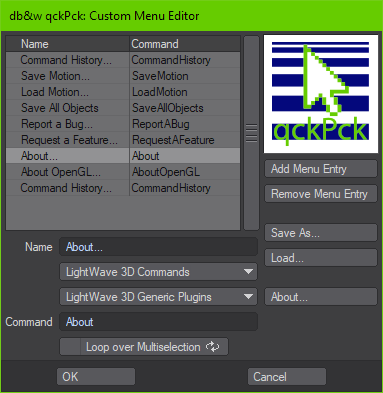 As with all of our plugins, qckPck is licensed to the dongle/serial number ID of LightWave 3D.

qckPck only runs in Layout and does not change scenes in any way.