one node graph to rule them all

nodeMeister allows you to create global node graphs in Layout that can be referenced in other node graphs using a node. Effectively this acts a lot like a native compound node, except that the contained graph is shared.

Often parts of a node graph need to be reused in another graph. This could be a set of procedurals driving a displacement as well as instances or a complex nodal motion applied to multiple items.

Without nodeMeister, those parts of the node graph need to be copied and pasted to the other graph manually. Any change to these parts will require a copy and paste again.

As of nodeMeister 2018.1, Octane for LightWave 3D is supported as well. 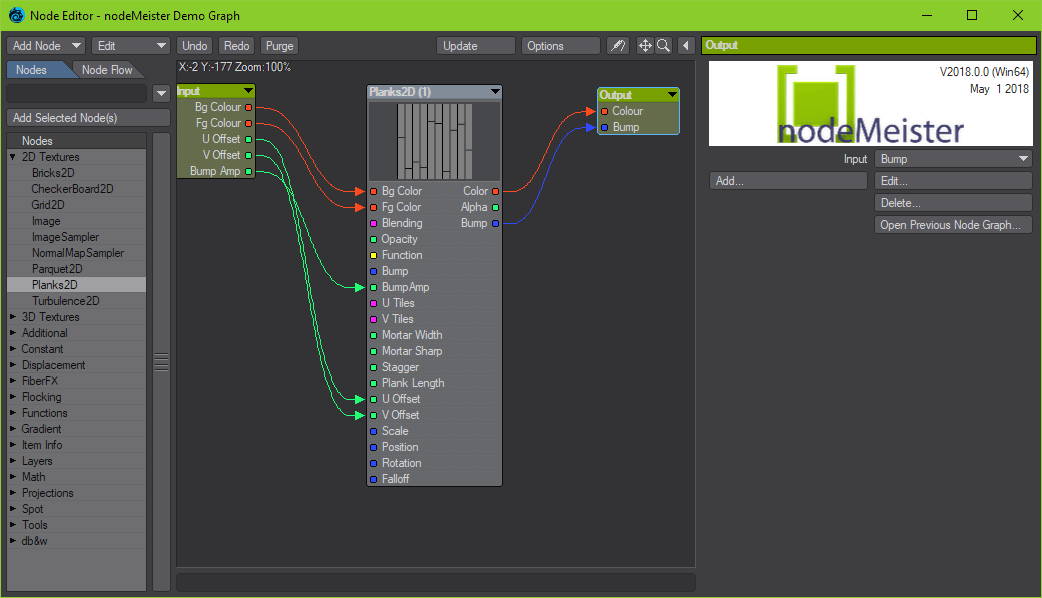 Can you repeat that again?

It sounds more complicated than it is, honestly. Have a look at this introduction video to get an idea for how it works: 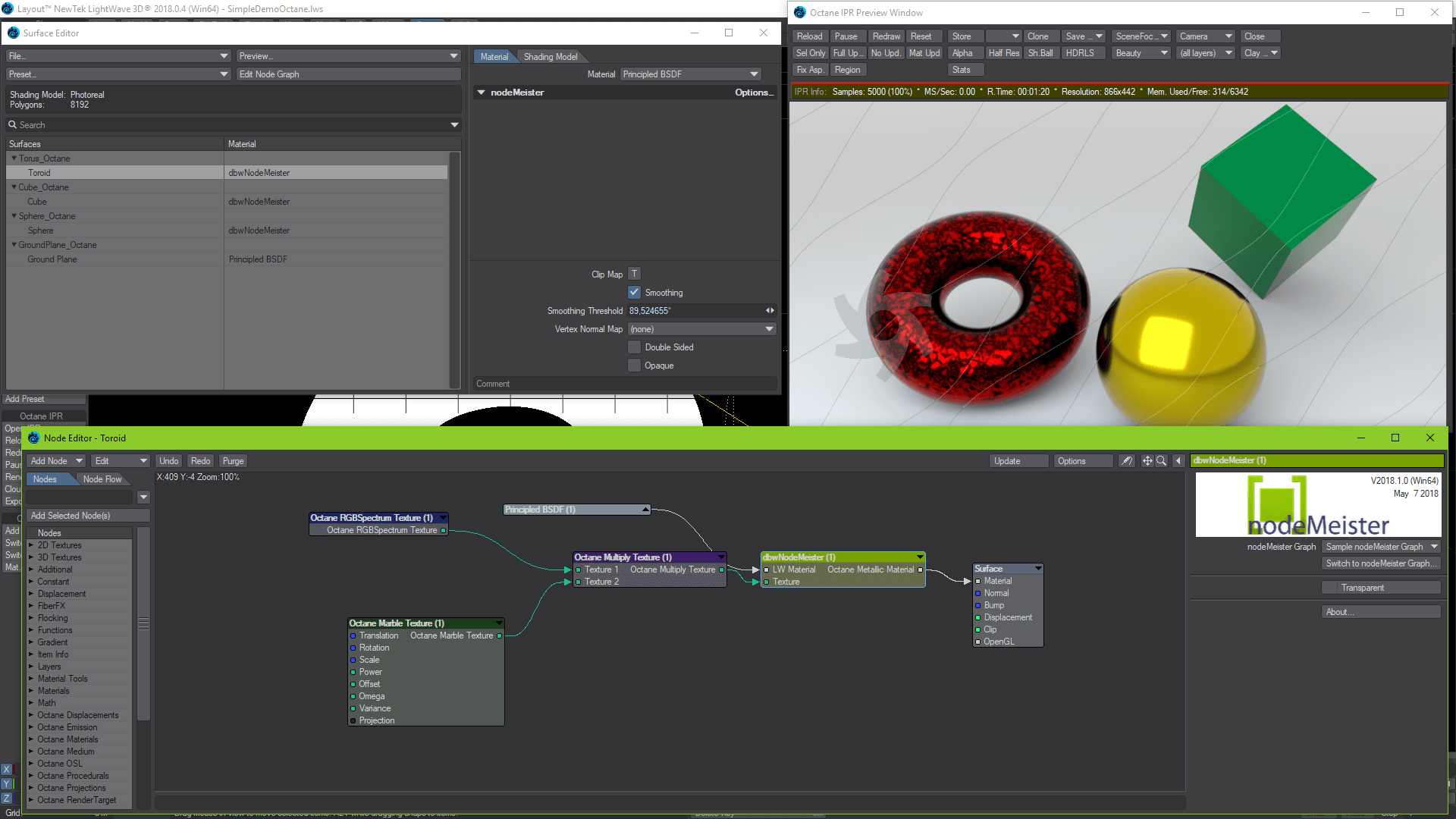 "The nodeMeister is a great PlugIn. Sharing parts of textures and other values between other surfaces in Octane was in my wish list for so long. It will change the way I texture 3D products and it will save me a lot of time not having to change surfaces over and over again when the client asks for a change. It's a plugin that was missing in my toolbox and I will use this tool a lot.

Thanks for this great plugin." 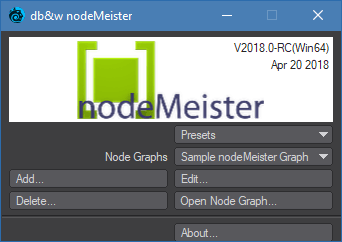 As with all of our plugins, nodeMeister is licensed to the dongle/serial number ID of LightWave 3D. You can still load, save and render scenes containing nodeMeister using an unlicensed version of the plugin. No license of required for render nodes.

The controls made available in the node via the nodeMeister graph are also accessible without a license. This allows you to share scenes with other users that don't have a license, while they can still tweak values using the exposed controls.